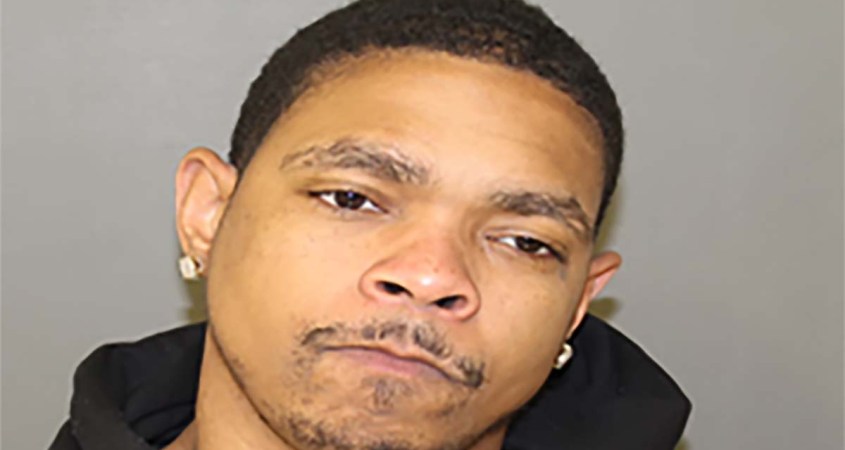 Hamilton, NJ:  On February 10, 2022 a 28 year old female from Trenton, NJ was shot once at the Pioneer Gas Station located at 2101 South Broad St. in Hamilton, NJ.  Responding officers quickly provided aid to the victim.  It was discovered that the victim sustained a gunshot wound to her lower right torso. A suspect was developed after the victim identified her estranged ex-boyfriend, Shakur A. Wright of Trenton, NJ, as her shooter with whom she has an active restraining order against.  Detective T. Clugsten, Detective P. Quick, Hamilton Anti-Crime Unit Officers and The New Jersey State Police Crime Suppression Central Unit immediately began trying to locate Wright utilizing addresses the victim stated he frequents.

He was ultimately taken into custody on February 11, 2022 without incident by the Mercer County Sheriff’s Fugitive Unit on the first block of Asbury Street in Trenton, NJ.  A handgun, believed to be used by Wright in the shooting, was also recovered near the scene of the arrest.  Wright was transported to Mercer County Corrections Center for the following charges: Attempted Murder, Aggravated Assault, Unlawful Possession of a Weapon (handgun), Possession of Weapon (handgun) for an Unlawful Purpose, Certain Persons not to Possess Weapons or Ammunition, Violation of a Restraining Order issued under the New Jersey Prevention of Domestic Violence Act.  The victim is in stable condition and expected to survive.