Lt. Edward Day, 52, of Paulsboro, N.J.—who worked as a correctional police officer at the JJC Juvenile Medium Security Facility, but who currently is inactive and pending retirement—pleaded guilty today to an accusation charging him with third-degree aggravated assault before Superior Court Judge Philip Haines in Burlington County. Under the plea agreement, the state will recommend that Day be sentenced to a term of probation conditioned upon him serving up to 364 days in the county jail. He must forfeit his state position and will be permanently barred from public office or employment. Sentencing for Day is scheduled for April 13.

Day was charged as the result of an investigation by the Office of Public Integrity and Accountability (OPIA) Corruption Bureau and JJC’s Office of Investigations.

“This guilty plea reflects our resolve to hold law enforcement officers accountable if they use unjustified and excessive force against civilians,” said Acting Attorney General Platkin. “No one is above the law, and all people are entitled to the law’s protections, including those in state custody.”

“We will not tolerate correctional officers who wrongfully assault and harm persons in custody,” said OPIA Executive Director Thomas Eicher. “We will fully investigate and prosecute any officers who abuse their authority in this manner.”

On Oct. 25, 2020, Lt. Day and other correctional police officers were escorting a 16-year-old juvenile resident from his room to another location in the facility, with his arms handcuffed behind his back, when Day, without apparent cause or justification, grabbed the victim’s ankle from behind, pulled his leg back, and pushed him face forward onto the ground. Day then grabbed hold of the juvenile’s handcuffed wrists and twisted and broke one of them. 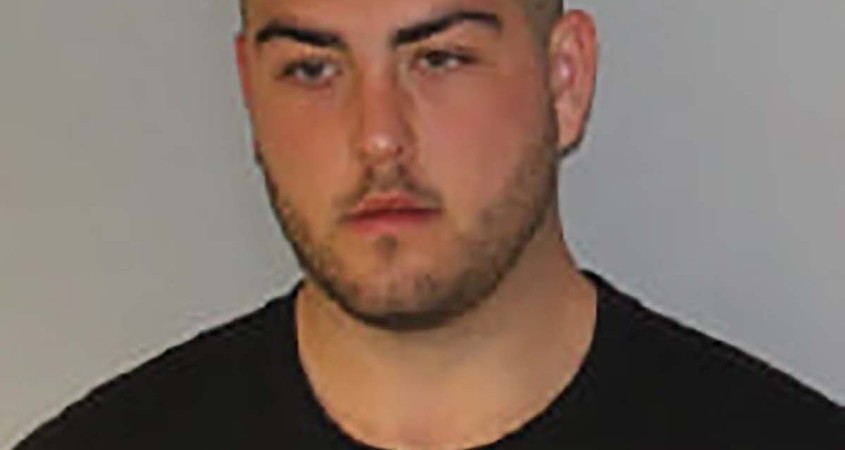 Ocean County Prosecutor Bradley D. Billhimer announced that on February 22, 2022, Steven Adams, 23, of Jackson, pled guilty to Aggravated Assault in violation of N.J.S.A. 2C:12-1b(1), before the Honorable Guy P. Ryan, J.S.C., in connection with an incident that occurred in Seaside Park on November 15, 2021. At the time of Adams’ sentencing on April 8, 2022, the State will be seeking a term of five years New Jersey State Prison, subject to the terms of the No Early Release Act, N.J.S.A. 2C:43-7.2.

On November 15, 2021, at approximately 7:00 p.m., Officers from the Seaside Park Police Department were dispatched to the Desert Palm Inn for a report of an injured male who had fallen from a balcony. Responding Officers found Chad Atwood, 42, of Seaside Park, lying on the pavement. It was apparent that Mr. Atwood was suffering from serious injuries, and he was airlifted to Jersey Shore University Medical Center in Neptune for treatment of those injuries.

An investigation conducted by the Seaside Park Police Department determined that Adams and Mr. Atwood – both guests at the Desert Palm Inn – were involved in an altercation in the parking lot of the establishment. The altercation then proceeded to the second floor balcony. Adams charged at Mr. Atwood, pushing him over the railing of the balcony and causing him to fall to the ground below. Adams was taken into custody and transported to the Ocean County Jail, where he has remained lodged since November 15, 2021.

Prosecutor Billhimer commends the diligence of Assistant Prosecutor Kimberly Carr who is handling the case on behalf of the State, as well as the efforts of the Seaside Park Police Department relative to this investigation, leading to Adams’ arrest, guilty plea, and soon his state prison sentence.

Christopher Uszenski, 49, of Old Bridge is charged with first-degree Attempted Murder and third-degree Knowingly Leaving the Scene of a Motor Vehicle Collision with Serious Bodily Injury.

Shortly before 12:15 p.m. on Monday, February 21, members of the Aberdeen Police Department responded to a call for service originating from the area of North Concourse and Wayside Drive in the Cliffwood Beach section of the Township. Arriving officers found the victim, Lt. Craig Hausmann, at that location, having sustained injuries caused by a vehicle that had already left the scene, according to the preliminary investigation.

Authorities learned that Hausmann had been attempting to stop the motorist in question from driving erratically in the area when he was struck. The investigation, which also involved members of the Monmouth County Serious Collision Analysis Response Team (SCART) and Keyport and Old Bridge police departments, quickly led to Uszenski being identified as a suspect, and he and his vehicle, a Nissan Altima, were located on Pomona Boulevard in Old Bridge shortly thereafter.

“The speed and professionalism with which this investigation was conducted was nothing short of extraordinary, and we’re pleased that the person responsible has been identified and apprehended,” Acting Prosecutor Linskey. “We’d also like to wish Lt. Hausmann a swift and thorough recovery, and let him and his Department know that they have our firm support.”

Hausmann is a 20-year veteran of his Department who currently oversees its Administration Division, according to Aberdeen Police Chief Matthew T. Lloyd.

“Lt. Hausmann remains hospitalized in stable condition, and on behalf of the entire Department, we extend to him our very best well-wishes,” Chief Lloyd said. “Despite being off duty, he nonetheless was leveraging his many years of experience in vigilantly seeking to keep his community safe at the time of his injury, and we cannot commend those efforts enough.”

If convicted on the Attempted Murder charge, the defendant would face a term of up to 20 years in state prison.

If anyone has any information about or witnessed any portion of this incident, they are urged to contact Detective Thomas Manzo of the Monmouth County Prosecutor’s Office at (800) 533-7443 or Detective Bruce Monro of the Aberdeen Township Police Department at (732) 566-2054.

Despite the charges, every defendant is presumed innocent, unless and until found guilty beyond a reasonable doubt, following a trial at which the defendant has all of the trial rights guaranteed by the U.S. Constitution and State law.

This case has been assigned to MCPO Assistant Prosecutor Meghan Doyle.

FREEHOLD – A Florida man has admitted to falsely portraying himself as a modeling agent in order to manipulate a minor into sending him sexually explicit images and videos of herself, Acting Monmouth County Prosecutor Lori Linskey announced Wednesday.

Joseph Germain, 31, of Casselberry, Florida (Seminole County), late last week pleaded guilty to first-degree Manufacturing Child Sexual Abuse Materials and second-degree Distribution of Child Sexual Abuse Materials. Sentencing in the case has been scheduled for Friday, May 13, at which time Germain will face a term of eight years in state prison, subject to New Jersey’s No Early Release Act (NERA), meaning a minimum of 85 percent of the sentence must be served before the possibility of parole. He will also be required to register as a sex offender under Megan’s Law and remain subject to Parole Supervision for Life.

The investigation into Germain’s activities was initiated by the Brielle Police Department, which determined that several years ago, the defendant created a false online persona, claiming to be “Alex” from a company called “Elite Model Management,” using the email address alexxcaveelite@gmail.com.

In 2017, the investigation determined, Germain contacted a juvenile living in Brielle, claiming he wanted to help her create a modeling portfolio and promising a $50,000 contract. After the victim agreed, Germain convinced her to electronically send him numerous photos and videos of herself in sexually explicit poses.

During the course of their interactions, the victim openly indicated to Germain that she did not feel comfortable sending the photos and videos due to her age, but he persisted in demanding additional files. At times, Germain sent her fake screenshots from an employee purportedly named “Cassandra,” promising to release the money once the victim’s “portfolio” was complete.

The victim never received any payments – but did ultimately begin receiving text messages from multiple phone numbers claiming to be employees of “Elite Model Management,” threatening to post her photos and videos to the Internet unless she sent additional explicit material. Eventually, some of the videos did make their way online.

The investigation determined that Germain was responsible for the various threatening texts – and for posting the videos online. Germain was arrested in Florida in 2019 and extradited back to New Jersey for prosecution.

“This investigation left us strongly convinced of the very real possibility that there may be additional victims who have yet to come forward,” Acting Prosecutor Linskey said. “To any remaining victims who may be out there, I would just say this: what was done to you wasn’t just wrong, deceitful, and cruel – it was criminal. We urge you to come forward and speak with us, and offer the assurance that you will be treated with the utmost dignity and respect. We need your assistance to ensure that justice is served.”

If anyone feels that they or someone they know was a victim of a similar or identical scam, they are urged to contact Detective Ryan Maxsiell of the Brielle Police Department at 848-232-5016, or the Monmouth County Prosecutor’s Office Special Victims Bureau at 732-431-7160, Ext. 7731.

Anyone who feels the need to remain anonymous but has information about a crime can submit a tip to the Monmouth County Crime Stoppers by calling their confidential telephone tipline at 1-800-671-4400; by downloading and using the free P3 Tips mobile app (available on iOS and Android – https://www.p3tips.com/1182), by calling 800-671-4400 or by going to the website at www.monmouthcountycrimestoppers.com.

Germain is represented by Tara Breslow-Testa, Esq., with offices in Freehold and Red Bank.