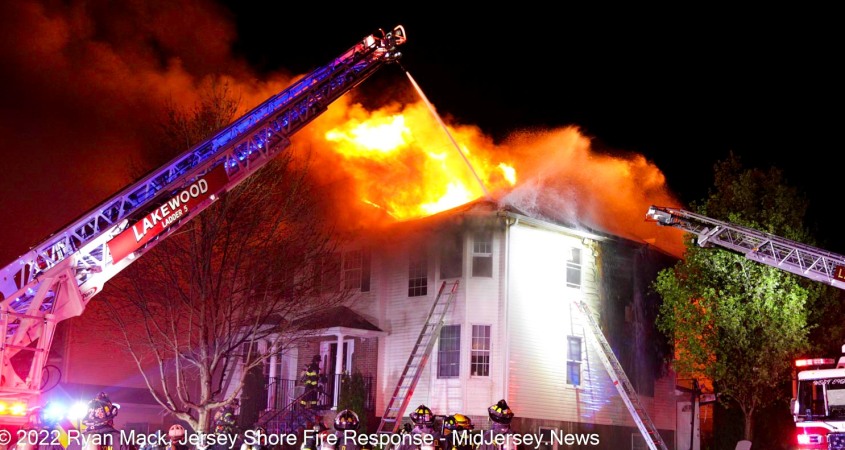 LAKEWOOD, NJ (OCEAN)–Last night April 15, 2022, around 11:20 p.m. The Lakewood Fire Department was detailed to the 200 Block of Lincoln Street for a house fire. Lakewood Engine 5 arrived and called for a general alarm. E-5 reported heavy fire out the C-D first-floor windows extending towards the roof. Fire crews made a push inside with 1 3/4″ attack lines and knocked bulking of the fire on the first and second floors. Fire quickly spread to the roof area; fire crews tried pulling ceilings to get to the fire but discovered the fire was inaccessible. Fire crews then switched to a defensive position with master streams to knock the fire down in the roof area. After the roof was extinguished fire crews went back in and hit hot spots. Crews remained on scene for an extensive time for overhaul and an investigation.