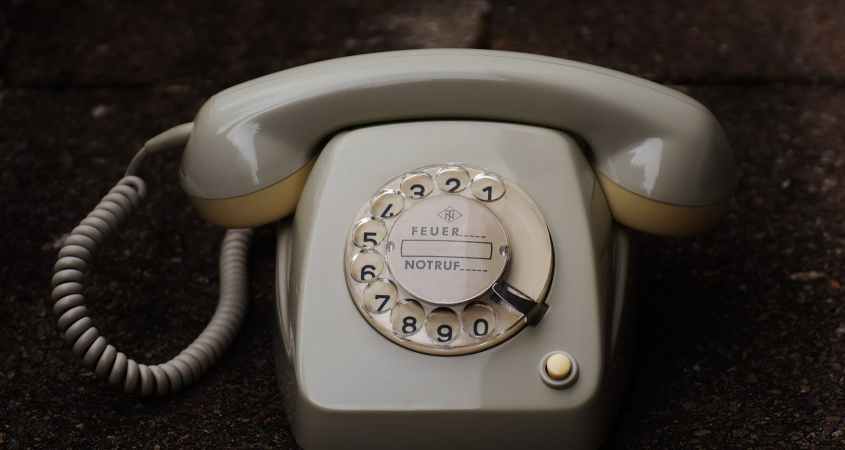 Arushobike Mitra, 27, and Garbita Mitra, 24, pleaded guilty before U.S. District Judge Esther Salas in Newark federal court to an information charging them each with one count of conspiracy to commit wire fraud.

As part of an international fraud scheme, criminal India-based call centers utilized automated robocalls to victims across the country with the intent of defrauding U.S. residents, particularly the elderly. After establishing contact with victims through these automated calls, other members of the conspiracy would coerce or trick the victims into sending large sums of cash through physical shipments or wire transfers to other members of the conspiracy, including the Mitras. These conspirators used a variety of schemes to convince victims to send money, including impersonating government officials from agencies such as the Social Security Administration, or impersonating law enforcement officers from the FBI or DEA, and threatened victims with severe legal or financial consequences if they did not comply. Another method utilized by the callers involved convincing the victim they were speaking with someone from a tech support company and coercing the victim into granting the caller remote access to their personal computers. The caller would then access the victim’s bank accounts and make it appear to the victim that the caller had inadvertently added money to the victim’s bank account, when in fact the caller had simply transferred money from another one of the victim’s own accounts. The caller would then instruct the victim to “return” the money by way of mail or wire transfer to other members of the conspiracy, including the Mitras. Arushobike Mitra and Garbita Mitra are charged with receiving fraudulent transfers of cash from 48 victims across the country totaling more than $1.2 million.

The conspiracy to commit wire fraud charge carries a maximum penalty of 20 years in prison and a $250,000 fine of twice the amount of the loss, whichever is greater. Sentencing for both defendants is scheduled for Dec. 13, 2022.

The government is represented by Special Assistant U.S. Attorney Meriah Russell of the U.S. Attorney’s Office Criminal Division in Camden.

TRENTON, NJ (MERCER)–Around 1:30 p.m. the Trenton Fire Department was dispatched for a body recovery in the Delaware River at the Lamberton Street Boat Ramp. A body was recovered about 30 feet from the shore line and turned over the the Medical Examiner for processing. The fire department cleared around 2:30 p.m. No additional details are available about the incident check back for further details as information becomes available. 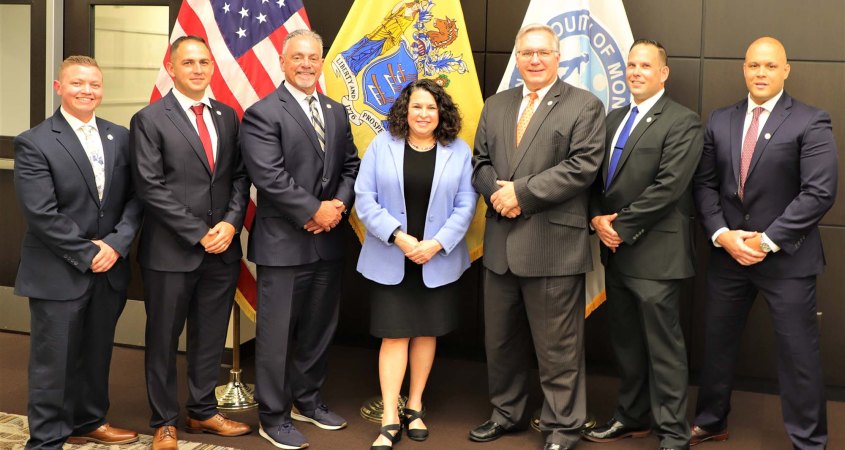 FREEHOLD – Yesterday may have marked the first day on the job for four newly hired detectives at the Monmouth County Prosecutor’s Office, but today will not mark the first time they made headlines.

Nicolas Logothetis, Connor Johnson, Aaron Shaw, and Joseph Friscia had each made a name for himself long earlier.

“We consider ourselves truly fortunate to be welcoming four dynamic detectives who throughout their careers have made a habit out of serving the public with distinction and honor,” Acting Monmouth County Prosecutor Lori Linskey said. “Our sincere expectations for each of them is that they continue to build upon their already stellar body of work.”

Logothetis, previously of the Hazlet Police Department, wasted no time in building a reputation for diligence; he was the recipient of the 2014 and 2015 Mothers Against Drunk Driving (MADD) Law Enforcement Distinguished Service Awards for leading his Department with a combined total of 28 DWI arrests over his first two full years on the job. He was also the recipient of a 200 Club of Monmouth County 2017 Commendation Award for teaming up with Long Branch Firefighter Frank Harris to save the lives of two elderly residents whose home was on fire. Having served Hazlet in the capacity of Detective, Field Training Officer, Motorcycle Officer, CPR Instructor, and Radar Instructor, Detective Logothetis holds a Bachelor of Arts in Justice Studies from Montclair State University and a Master of Arts in Criminal Justice from Monmouth University.

Johnson, previously of the Morristown Bureau of Police in Morris County, several years ago became the first known openly transgender law-enforcement Officer in New Jersey history – he is now the first known openly transgender Detective ever to serve in a county prosecutor’s office in the state. Also a designated LGBTQ Law Enforcement Liaison, in that capacity he worked closely with the New Jersey State Police and New Jersey Office of the Attorney General (OAG) in creating public awareness of OAG Directive No. 2019-3, Law Enforcement Interactions with Transgender Individuals. Prior to joining the Bureau, Johnson served as a County Correctional Police Officer with the Morris County Sheriff’s Office and a Public Safety Dispatcher with the County of Morris; he holds a Bachelor of Arts in Criminal Justice from Centenary College.

Shaw joins the Prosecutor’s Office following 15 years with the Eatontown Police Department, having most recently attained the rank of Detective Sergeant. Joining the MCPO as a Detective marks a homecoming of sorts – as a teen growing up in the area, Shaw was a participant in the office’s “6 a.m. Club,” a summer youth basketball league and mentorship program that was run by MCPO detectives. The detective mentors worked with the participants from 9th grade through college, and the program inspired Shaw to pursue a career in law enforcement. The recipient of more than half a dozen departmental citations or commendations for his investigative efforts on incidents such as a juvenile stabbing at Monmouth Mall and a shooting case that yielded the recovery of three handguns and a large quantity of heroin, along with two arrests, Shaw also holds a Bachelor of Arts in Criminal Justice from Monmouth University and a Master of Administrative Science from Fairleigh Dickinson University.

Friscia, an eight-year veteran of the Union Beach Police Department, most recently served there as a Sergeant supervising a contingent of approximately 30 sworn officers, having also been designated as his Department’s Resiliency Officer, assisting colleagues in coping with stressors inherent to the job. Recipient of the 2019 Union Beach Police Department Officer of the Year “Officer William H. Letts Award,” Friscia has a track record of working the Department’s most high-profile and intensive narcotics, sex crimes, and internal affairs cases; he also holds an Associate’s Degree from Brookdale Community College and a Bachelor of Arts from the John Jay College of Criminal Justice.

“Our hiring process for new detectives is rightfully rigorous, and for good reason – this team of new hires with these outstanding credentials marks nothing short of a wealth of riches for the Office,” Acting Chief of Detectives John G. McCabe, Jr. said. “We have every confidence that they are capable of making an immediate contribution to our office, our cases, and our residents.”

Eddie Velez-Pena, 33, of Yonkers, New York, and Robin Medina-Fabian, 38, of the Bronx, New York, are charged by complaint with conspiring to distribute and possessing with intent to distribute over five kilograms of cocaine. The defendants are scheduled to appear by videoconference today before U.S. Magistrate Judge Cathy L. Waldor.

The count of conspiracy to distribute and possess with intent to distribute over five kilograms of cocaine carries a maximum penalty of life imprisonment, a mandatory minimum term of 10 years in prison and a $10 million fine.

U.S. Attorney Sellinger credited special agents of the Drug Enforcement Administration’s New York Division, under the direction of Special Agent in Charge Frank A. Tarentino III, with the investigation leading to the charges.

This effort is part of an Organized Crime Drug Enforcement Task Forces (OCDETF) operation. OCDETF identifies, disrupts, and dismantles the highest-level criminal organizations that threaten the United States using a prosecutor-led, intelligence-driven, multi-agency approach. Additional information about the OCDETF Program can be found at https://www.justice.gov/OCDETF.

The government is represented by Assistant U.S. Attorney Jenny Chung of the General Crimes Unit in Newark.

The charge and allegations contained in the complaint are merely accusations, and the defendants are presumed innocent unless and until proven guilty.

According to documents filed in this case and the evidence at trial:

In September 2017, a cloud-based file service noticed that apparent child sex abuse material had been uploaded to, and maintained in, an account with the screen name “Charles Browne” and an email address containing the term “cbrowne.” The FBI obtained the files that were uploaded to the online account, which included prepubescent child pornography and two copies of Browne’s resume.

On April 8, 2019, law enforcement officers stopped Browne’s vehicle as he left his residence. Brown was given a Miranda warning and interviewed by law enforcement officers about the FBI’s ongoing child exploitation investigation. Browne initially denied having an iPad and then, in response to the agent’s question at the conclusion of the interview asking where his iPad was, responded that it was at home, which was approximately one mile away. Law enforcement officers told Browne that an online file account contained two images of prepubescent child sexual abuse created by an Apple iPhone Model 5C camera. Browne denied knowledge of the child pornography. At the conclusion of the interview, Browne was dropped off at his vehicle, which was locked.

At trial, Browne confessed that he broke into his vehicle after the FBI interview, removed an iPad and his iPhone, and then walked to a local private beach club. Browne was observed by a neighbor as he walked to the end of the dock and threw his iPad and iPhone into the bay.

After Browne returned to his residence without his electronic devices, the FBI conducted a canvass of the area and located the neighbor who had observed Browne throwing his iPad into the bay. The FBI sent in a dive team, which recovered Browne’s iPad and iPhone – an Apple Model 5C – from the bay.

The devices were repaired; review of the data recovered from the devices revealed videos and images of child sexual abuse. Web history from the iPad reflected that Browne had sought out images of child sexual abuse on the iPad the day before law enforcement officers interviewed Browne. Evidence from Browne’s iPad and iPhone reflected that Browne sent emails to others seeking child pornography “vids.”

The government is represented by Assistant U.S. Attorneys Jamie L. Hoxie and Jonathan Fayer of the U.S. Attorney’s Office’s Criminal Division in Newark.

Troopers say they responded to a two vehicle crash on Garden State Parkway northbound on the express roadway at milepost 112 in Middletown Township, Monmouth County at 7:27 p.m. The preliminary investigation revealed that an Acura TL was traveling southbound in the northbound lanes on Garden State Parkway express roadway and a Chevrolet Colorado was traveling north in the northbound express roadway lanes. In the area of milepost 112, the front of the Acura collided with the front of the Chevrolet causing the Chevrolet to subsequently overturn. As a result of the crash, the driver of the Acura, identified as Hamilton W. Smith 3rd, 29, of Lincoln Park sustained fatal injuries. The driver of the Chevy sustained minor injuries and the passenger of the Chevy sustained no injuries. And Mr. Smith was the only occupant of the Acura. New Jersey State Police report that this is still an active investigation.