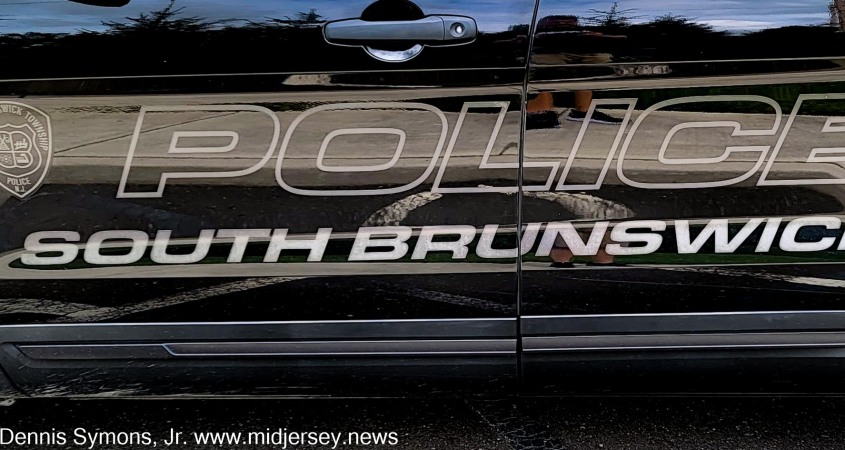 Helmetta Fire Chief Christopher Acts was a 28 year veteran of the department and also served as a Deputy Warden with the New Jersey State Forest Fire Service, B – Division, Section 10.

He was a devoted, dedicated member who worked tirelessly on the apparatus and the building throughout the years. His efforts on behalf of the Borough of Helmetta will be sorely missed.

An investigation by Patrolman First-Class Jason Gassman of the South Brunswick Police Department and Detective Jonathan Berman of the Middlesex County Prosecutor’s Office determined that on July 11, 2022, at 3:21 P.M., authorities responded to the intersection of Georges Road and Summerfield Boulevard following the report of a crash. Upon their arrival, authorities determined a motorcycle driven by Christopher Acs, 47, of Jamesburg, was traveling northbound on Georges Road when it was struck by a 2019 Honda Odyssey. Acs succumbed to his injuries and was ultimately pronounced dead at the scene.

The investigation is active and continuing. Anyone with information is asked to call Patrolman First-Class Gassman of the South Brunswick Police Department at (732) 329-4000 X 7432 or Detective Berman of the Middlesex County Prosecutor’s Office at (732) 745-4328.

It is with the deepest regret that the officers and members of the Helmetta Fire Department announce the untimely passing of our current Fire Chief, Christopher Acs.

Chief Acs was a 28 year veteran of the department and also served as a Deputy Warden with the New Jersey State Forest Fire Service, B – Division, Section 10.

He was a devoted, dedicated member who worked tirelessly on the apparatus and the building throughout the years. His efforts on behalf of the Borough of Helmetta will be sorely missed.

It is with deep regret that the officers and members of the Helmetta Fire Department report the untimely passing of current Fire Chief Christopher Acs.

Services for Chief Acs have been finalized and we will be providing full fire department honors. It is requested that any agency who wish to pay their respects please note the following:

Viewing will be held on 07/15/22 at 5:00 PM – 8:00 PM at the Lester Funeral Home (16 West Church Street). Parking may be limited, please follow all directions from Jamesburg Police Department on placement of any apparatus. Helmetta Fire Department service will be conducted at 7:00pm.

Staging area will be designated, please follow all directions of the Jamesburg Police Department.

BORDENTOWN TOWNSHIP, NJ (BURLINGTON) – A state grand jury has voted not to file any criminal charges at the conclusion of its deliberations regarding the death of Keron Roundtree, 23, of Trenton, New Jersey, who was injured in a crash as he accelerated away from Bordentown Township Police Officer Keith Alexander after an attempted traffic stop on October 27, 2020. Mr. Roundtree succumbed to those injuries on November 17, 2020, at which time the investigation transferred from the Burlington County Prosecutor’s Office to the Attorney General’s Office, pursuant to P.L. 2019, c.1.

The fatal police encounter was investigated by the Office of Public Integrity and Accountability (OPIA) and presented to New Jersey residents called to serve on the grand jury in accordance with Directive 2019-4, the “Independent Prosecutor Directive” issued in 2019. In July 2021, OPIA issued standard operating procedures (“SOPs”) to ensure that these grand jury presentations are conducted in a neutral, objective manner, and with appropriate transparency regarding the process, consistent with the Independent Prosecutor Directive.

The investigation included interviews of witnesses, collection of forensic evidence, review of video footage and autopsy results from the medical examiner. After hearing testimony and evidence from the investigation, the grand jury concluded its deliberations yesterday July 11, and voted “no bill,” meaning the grand jury concluded that no criminal charges should be filed against the officer involved in the fatal encounter.

According to the investigation, on the night of October 27, 2020, Officer Alexander was on patrol on Route 206 Southbound in Bordentown in a marked police vehicle when he saw a Nissan Maxima traveling southbound in the left lane brake abruptly. The car, which was driven by Mr. Roundtree, resumed traveling southbound. While stopped at a traffic light, Officer Alexander observed the Maxima’s temporary Pennsylvania license plate and suspected it was fictitious. Officer Alexander then followed Mr. Roundtree and observed him commit several motor vehicle infractions, including an illegal U-turn.

At approximately 8:51 p.m., about two minutes after he began following the Maxima, Officer Alexander activated his overhead lights and siren to make a motor vehicle stop. At that point, Mr. Roundtree failed to obey a stop sign and sped off down Route 206 South, traveling at speeds that reached in excess of 100 mph. Approximately one minute later, and without coming into contact with another car, Mr. Roundtree drove onto the shoulder of the highway to maneuver around other cars, swerved back onto the road, lost control of the car, and crashed into the woods by the side of Route 206. The car traveled into and out of the woods, coming to rest on the right shoulder of Route 206 Southbound.

Officer Alexander exited his vehicle and located the Maxima, which was heavily damaged. Both Mr. Roundtree and an adult male passenger were stuck inside. Two bystanders assisted Officer Alexander in removing and rendering aid to both. Once ambulances arrived, the occupants of the Maxima were transported to Capital Health Regional Medical Center in Trenton, N.J. Mr. Roundtree remained in the hospital until life support was removed on November 17, 2020, when he was pronounced deceased. The passenger was admitted for treatment and released approximately one week later.

The investigation later revealed that the Maxima had been stolen from an apartment complex in Philadelphia, and the temporary license plate on the car had been forged.

A 2019 law, P.L. 2019, c. 1, requires the Attorney General’s Office to conduct investigations of a person’s death that occurs during an encounter with a law enforcement officer acting in the officer’s official capacity or while the decedent is in custody. It requires that all such investigations be presented to a grand jury to determine if the evidence supports the return of an indictment against the officer or officers involved.

A conflicts check was conducted pursuant to the Independent Prosecutor Directive and no actual or potential conflict of interest was found involving any individual assigned to the investigation. Prior to presentation to the grand jury, the investigation was reviewed by OPIA Executive Director Thomas Eicher in accordance with the policies and procedures established for these presentations in the SOPs.

At the conclusion of these investigations, pursuant to the Independent Prosecutor Directive and SOPs, OPIA determines whether any principal should be referred to the appropriate law enforcement agency for administrative review in accordance with the AG’s Internal Affairs Policy & Procedures. OPIA monitors any resulting review and takes such actions as are necessary to ensure that the review is completed in a timely fashion, and that appropriate actions are taken based on the results of the review.

Further information about how fatal police encounters are investigated in New Jersey under the directive is found at this link:

Middlesex County Prosecutor Yolanda Ciccone and Director Robert Hubner of the Woodbridge Police Department announced today that Malachi Parcells, 16, of Woodbridge has been sentenced to a two-year term of probation for bringing a loaded handgun to a school.

On March 28, 2022, Woodbridge Police officers responded to JFK High School after receiving a report that a student was in possession of a handgun. Upon arrival, officers were informed that the JFK High School staff received a tip stating that Malachi Parcells was carrying a gun to school in his fanny pack. Parcells was stopped and questioned by school staff upon his arrival that morning. During a search of Parcells, a loaded 9mm handgun was found.

On June 24, 2022, Parcells pled guilty to Unlawful Possession of a Weapon before the Honorable Deborah Venezia, P.J.F.P. On June 30, 2022, the State argued for a two-year term of incarceration, however Parcells was sentenced instead to two years of probation by the Court.

ROBBINSVILLE, NJ (MERCER)–At 10:56 a.m. the Robbinsville Township Fire Department responded to a vehicle fire on the New Jersey Turnpike North Bound Outer Lanes at mile post 62.4 near the Sharon Road overpass. A column of heavy black smoke could be seen for miles. Upon arrival it was determined that two vehicles being towed were well involved in fire, and the fire was also extending to the tow truck itself. Robbinsville firefighters arrived and began to extinguish the fire, an extra engine from Robbinsville as well as Hightstown Fire Company arrived to assist in the firefighting operations and for extra water. A tanker was called from Hope Fire Company of Allentown but was not needed with the water supply on location. It did not appear to be any injuries and there was a small traffic delay in the area. New Jersey State Police was on scene. No other details are available at this time.