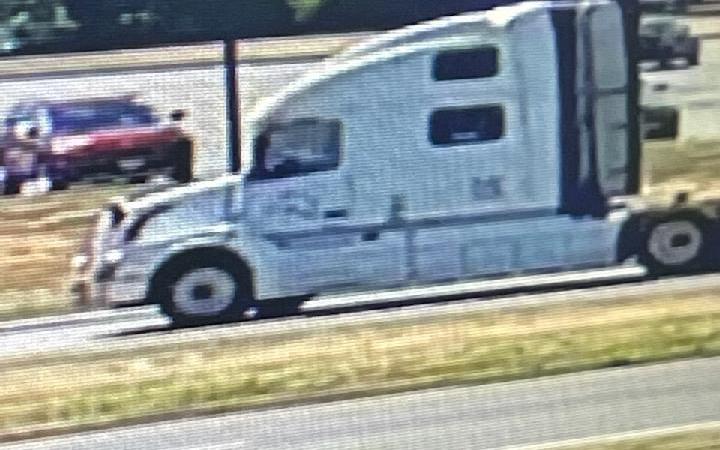 SOUTH BRUNSWICK, NJ (MIDDLESEX)–Police say that at 2:00 p.m. South Brunswick Police responded to Route 130 near Dayton Toyota for a woman yelling for help. A witness said a female was in a white tractor-trailer cab yelling for help. The witness said the female was bleeding from her face. The male truck driver pulled her back into the cab and the truck headed Route 130 south getting off at the Ridge Road ext.

Detectives have recovered videos showing the tractor-trailer cab on Route 130.