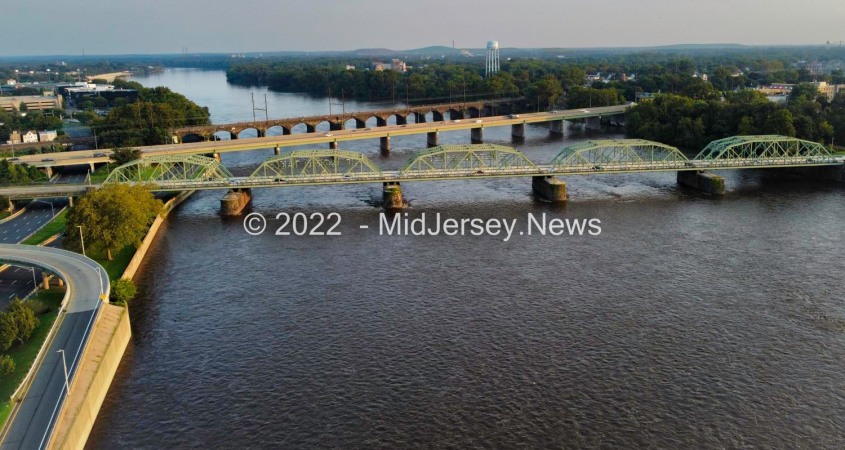 Follow up to story MidJersey.News brought you on August 2, 2022

This automated process currently is projected to be completed on or about September 9.  When E-ZPass customers will see the retroactive adjustments reflected in their accounts, however, will depend on the respective customer service center that issued their E-ZPass transponder and administers their account.

A damaged piece of electronic tolling equipment in one of the bridge’s two E-ZPass-only lanes sporadically caused thousands of passenger vehicles to be classified as a truck and charged a $9 toll instead of the prescribed $1.25 fare between February 1 and July 7.

An investigation Commission staff conducted with TransCore and Conduent in recent weeks has determined that of the roughly 1.4 million toll transactions recorded in the problematic Trenton-Morrisville toll lane between February and early July, around 86,000 of them (or about 6.1 percent) involved passenger vehicle misclassifications.  TransCore is the Commission’s in-lane toll service provider, largely handling the hardware and software that records and relays transactions at Commission tolling points.  Conduent is the company that operates the regional New Jersey E-ZPass Customer Service Center, which processes the toll transactions and violations recorded at Commission toll bridges.

The recent problem at the Trenton-Morrisville (Route 1) Toll Bridge initially appeared to be confined to SUVs, vans, pickup trucks, and cars with higher profiles, but investigation revealed misreads occurring intermittently with virtually any type of passenger vehicle.

The compromised reader was replaced July 7.  Customers have not reported any equipment-induced misclassifications or overcharges occurring in that lane since that date.  Follow-up testing also has determined the replaced unit to be operating correctly.

In the wake of the investigation into the issue, the Commission has requested State Police to increase patrols in the area of the toll bridge to combat E-ZPass equipment strikes by poorly loaded flat-bed trailers.

Because of the irregularities of when misreads occurred and which vehicles were impacted at the Trenton-Morrisville Toll Bridge, the Commission is urging passenger-vehicle E-ZPass customers who used the bridge between February and early July to check their past account statements for possible overcharges, but refrain from seeking individual refunds while the automatic account adjustment process takes place.  As noted above, E-ZPass adjustments for vehicle misclassifications at the Trenton-Morrisville Bridge should appear in future account statements.

MidJersey.News contacted E-Z Pass on July 13, 2022 about an overcharge on Trenton-Morrisville Toll Bridge E-ZPass on May 17, 2022 that was on the E-Z Pass monthly statement.

“Your account has been credited $7.75. You may view the transaction on our website and on your next statement. Thank you, New Jersey E-ZPass Customer Service“