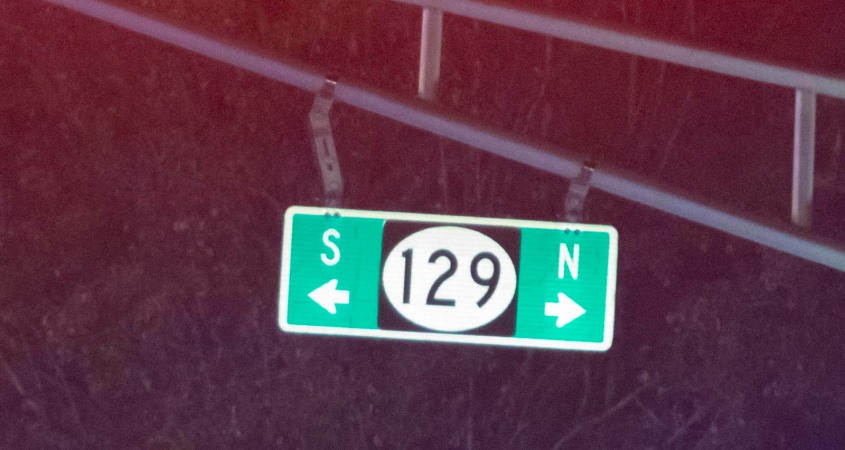 This comes after the latest serious hit and ron crash at Lalor and Route 129, the “Most Dangerous Intersection in America”

The project includes both short-term improvements and long-term solutions to improve safety for both pedestrians and cyclists at three signalized intersections on Route 129, at Lalor Street, Cass Street, and Hamilton Avenue.

Initial short-term improvements will include a first-in-the-nation Red Clearance Extension system. This smart, predictive technology detects the speed of a vehicle approaching an intersection and automatically adjusts traffic signal changes. Additional improvements include revising the traffic signal timing at each intersection to provide pedestrians more time to cross, adding signal backplates to increase visibility, and installing upgraded, advanced warning signs over the roadway to replace ground-mounted signs. A project to make more extensive safety enhancements to these intersections is currently in the early stages of design.

“NJDOT’s commitment to communities is the driving force behind the Route 129 Pedestrian Safety Improvement project,” NJDOT Commissioner Diane Gutierrez-Scaccetti said. “By working closely with the community and employing innovative crash mitigation technology, we can make these intersections safer for the motoring public, pedestrians, and cyclists.”

“Unfortunately, Route 129 has been a dangerous blight on our capital city and now the Lalor Street intersection has been named one of the most unsafe in the country,” said Senator Shirley K. Turner.  “For nearly 30 years, our city residents have lived with a highway that bifurcates Trenton with heavy traffic that threatens the health and safety of residents who live in the area and puts the lives of pedestrians and cyclists at risk.  The safety improvements are being prioritized to minimize the hazardous conditions to prevent future serious injuries and fatalities.”

“These improvements are long overdue. One life taken is too many. Over the past decade, fatalities have increased along Route 129. These road infrastructure improvements will save lives,” said Assemblywoman Verlina Reynolds-Jackson. “Whether you walk, bike, or drive, the goal is to reach your family, friends, and destination safely.  It’s my mission to improve the quality of life in our communities through public policy by focusing on and investing in people.”

“One of government’s key functions is making sure that all its citizens can live and thrive safely within their community.” said Assemblyman Anthony S. Verrelli. “These first-in-the-nation technological improvements will ensure that pedestrians, bicyclists, and motorists alike have safe and equal access to Route 129. Nobody should have to risk their life when they leave their home, whether they have the privilege of owning a motor vehicle or not. I applaud NJDOT for helping move Trenton and New Jersey forward into a future where walkable communities and motor vehicles need not be at odds with each other but coexist as one.”