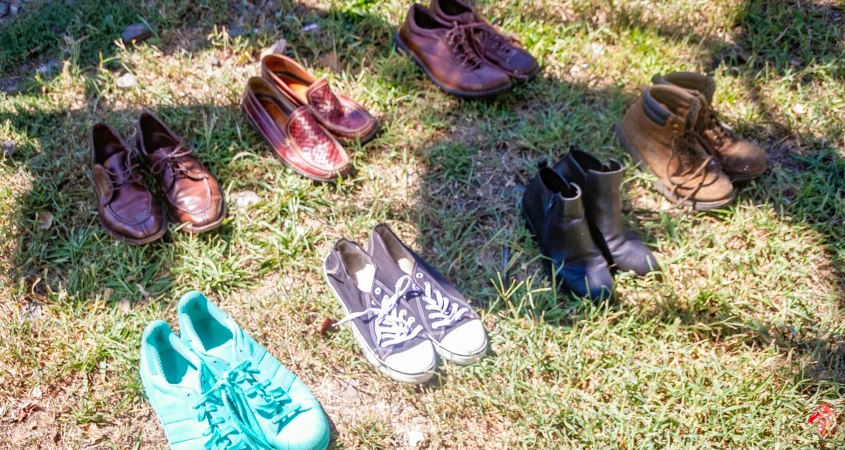 With no plans of pedestrian overpass, will “First-in-the-Nation” technology improve the “Intersection of Horror” Lalor Street and Route 129?

TRENTON, NJ (MERCER)–A roadside memorial remembering those killed at the “Most Dangerous Intersection In America” Lalor Street and Route 129 was recently installed. The memorial consists of several shoes representing those killed and a sign with the names of the deceased.

On August 29, 2022 legislators and the NJ Department of Transportation announced a Pedestrian Safety Improvement project along the Route 129 corridor in the City of Trenton, Mercer County.

The “first-in-the-nation technological improvements” to the intersections were mentioned but many residents expressed their concern that they want a pedestrian overpass. There is no pedestrian overpass planned, in the latest press information provided by DOT and legislators.

Only time will tell if the lighting and other improvements with no pedestrian overpass make a difference at the “Intersection of Horror” or is this just a cheap way out to say they did something.