MOUNT LAUREL, NJ (BURLINGTON)–Burlington County Prosecutor LaChia L. Bradshaw and Evesham Township Police Chief Walt Miller announced that a Mount Laurel police officer has been charged with hacking into the social media accounts of an Evesham woman and distributing nude pictures she took of herself to those on her contact and friends lists.

The investigation began last month after the victim contacted the Evesham Township Police Department and reported that her Snapchat and Facebook accounts had been accessed by an unknown person who then sent nude photos she had taken of herself to her Snapchat contacts, messaged them to her Facebook friends, and posted them on her Facebook wall.

Communications Data Warrants were secured, and the investigation revealed Taylor had illegally accessed the accounts and distributed the photos. The Endangering the Welfare of a Child charges were brought against Taylor because some of the photos he sent of the victim were taken when she was a minor.

Taylor was arrested on October 21 and lodged in the Burlington County Jail in Mount Holly. He was released following a first appearance in Superior Court.

Taylor became a full-time police officer with the Mount Laurel Police Department after graduating from the academy in October 2021. He has been suspended without pay and the department is seeking to terminate his employment.

All persons are considered innocent unless and until proven guilty in a court of law.

TRENTON, NJ (MERCER)–Trenton Water Works employee Richard Warren, 46, was taken into custody on October 15, 2022, and charged with theft. Warren removed several water meters from a scrap dumpster at the Trenton Water Works property on Courtland Street. Warren was positively identified as the person taking the meters without permission and he was charged accordingly. 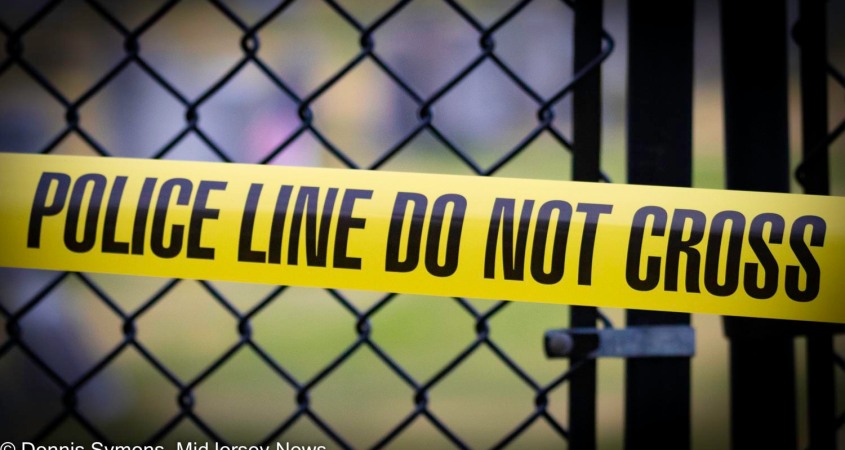 TOMS RIVER, NJ (OCEAN)–On Wednesday, October 26, 2022, at approximately 10:55 p.m., multiple police units were dispatched to Dugan Lane for a reported suspicious vehicle and theft in progress. The caller stated that the catalytic converter to his SUV had just been cut at the suspect vehicle, a large white box truck with a loading ramp on the tailgate, was last seen heading towards Lakewood.

Numerous patrol units in the area quickly located the box truck and conducted a motor vehicle stop at New Hampshire Avenue and Church Road. A search warrant was approved and the subsequent search of the vehicle yielded two recently cut catalytic converters, a sawzall, multiple sawzall blades, a handgun with a 30 round magazine and hollow point ammunition.

Ravene Johns, 25, and Malik Williams, 21, both of Brooklyn Park, Minnesota, were arrested and charged with criminal mischief, receiving stolen property, weapons offenses, criminal attempt, and theft of property. Additional charges are pending. They remain in custody at the Ocean County Jail pending hearing. The incident is under investigation by Detective Joseph Mastronardy.

At approximately 9:30 p.m. on October 26, 2022, Trenton police responded to a Shot Spotter activation for multiple rounds in the area of 199 Oakland Street. Arriving units located a male shot inside the liquor store at Oakland St/Hoffman Ave. The victim was found unresponsive and shot multiple times. He was transported to Capital Health Regional Medical Center where he was pronounced dead a short time later. The victim has been identified as Rayshawn Baines, 41, of Trenton.

No arrests have been made and the investigation is ongoing. Anyone with information is asked to contact the Mercer County Homicide Task Force at (609) 989-6406. Information can also be emailed to mchtftips@mercercounty.org.

Names of the 2022 homicide victims in the City of Trenton:

19. ** Cause of “Suspicious death” for Corrine Daniels, 41, of Park Avenue in Trenton has not been released yet from MCPO ** Once official determination is made the list will be updated.

20. ** Cause of fire under investigation by Mercer County Prosecutors Office Brian Wharton, 57, of Trenton

Middlesex County Prosecutor’s Office determined that Saal was soliciting an inmate who he believed was being released from jail in the near future to commit a murder which would exonerate Saal, for $15,000.

In August of 2019, Kenneth Saal, 30, formerly of Lindenwold, in Camden County, was charged with murdering Carolyn Byington, 26, of Plainsboro, in her apartment when she went home for lunch. Saal was Byington’s coworker. Plainsboro Police responded to Byington’s home after they were asked by her other coworkers to do a wellness check on her. When police arrived on scene at approximately 5:57 pm, they found Byington, who was pronounced dead at the scene.

Saal was later indicted for first-degree murder, burglary in the second degree, endangering an injured victim, hindering one’s own apprehension, burglary, and possession of a weapon for an unlawful purpose, all third-degree crimes. The indictment also includes charges of stalking and tampering with evidence, both fourth-degree crimes. Saal is scheduled for trial in December of 2022 for the above crimes.

The Middlesex County Prosecutor’s Office received a letter on or about October 13, 2022, alleging that Saal was conspiring to commit a copycat murder to create doubt about his guilt.

An investigation by Detective Walter Kelley of the Middlesex County Prosecutor’s Office determined that Saal was soliciting an inmate who he believed was being released from jail in the near future to commit a murder which would exonerate Saal, for $15,000.

The investigation is active and continuing. Anyone with information is asked to call Detective Kelley of the Middlesex County Prosecutor’s Office at (732) 745-3330.

As is the case with all criminal defendants, the charges against Saal are merely accusations and he is presumed innocent until proven guilty.