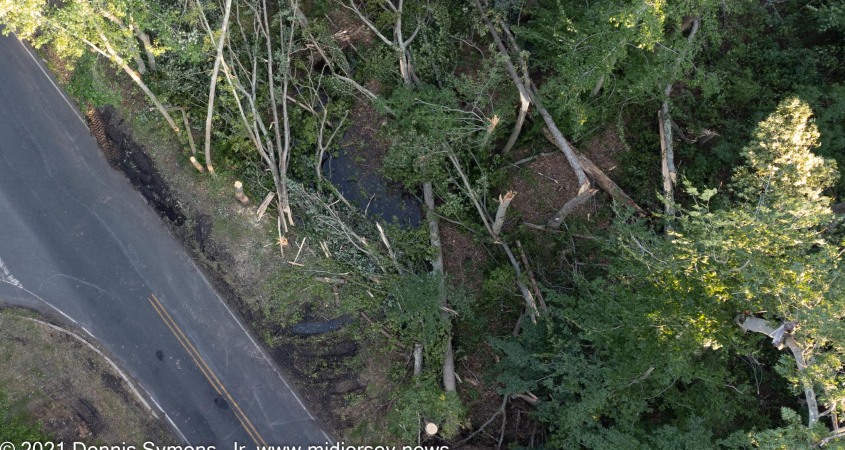 ROBBINSVILLE, NJ (MERCER)–The National Weather Service Mount Holly, NJ confirms that yesterday’s tornado in the Windsor section of town was an EF1 tornado on The Enhanced Fujita Scale (EF Scale) An EF1 tornado has winds of 86-110 mph as measured in 3 second gusts.

The tornado appeared to start in the area of Gordon Road and Route 130 and hit wires and a day care center before heading into the woods of the Assunpink Wildlife Management Area also known as the “Route 130 Dam Site” area. Crossed Windsor Road and proceeded up Windsor-Prineville Road. At the intersection of Windsor-Perrineville and Voelbel Roads several trees were twisted and pushed over in a path though the woods.

MidJersey.news followed the tornado into East Windsor and Millstone Townships, circulation was seen but no significant damage was reported in East Windsor or Millstone from this tornado.

The damage to the daycare appeared to be limited to the membrane roof and some siding. Roofing contractors were already on scene this morning preparing to make repairs.

The story will be updated once the National Weather Service releases the tornado report.