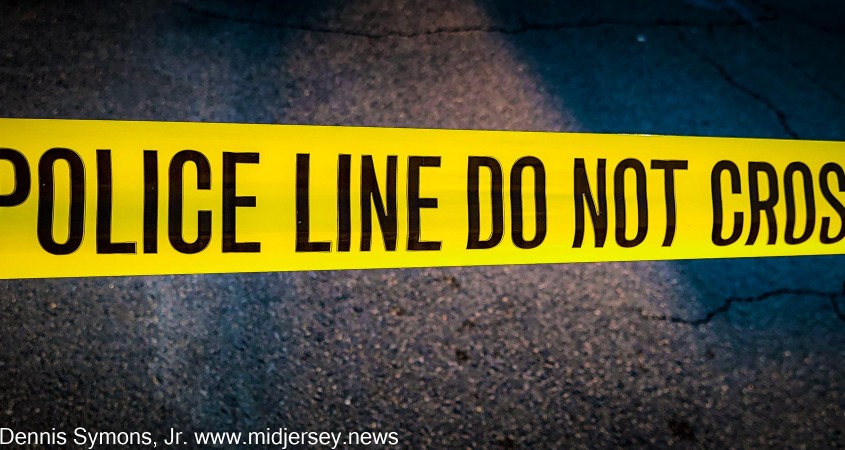 Three firemen and one police officer received treatment for minor injuries sustained during the fire. The Ocean County Prosecutor’s Officer and Ocean County Sheriff CSI also assisted at the scene.
When leaving the house fire on Mt. Everest Lane, Officer Manolio was driving in the area and observed heavy smoke, he circled the neighborhood and observed a fire on Mt. Juliano Lane. At the same time dispatch had received a 9-1-1 call regarding the second fire. Upon arrival, officers were advised that all occupants of the home were outside and safe. Due to strong winds, surrounding homes were evacuated as a precaution. The fire department arrived and extinguished the fire without it spreading to surrounding homes. The exterior of a neighboring home sustained some damage, and three vehicles in the homeowner’s driveway were destroyed in the fire. There were no reported injuries at the fire on Mt. Juliano Lane.
The fires remain under investigation by Detective Ryan Parente and Toms River Fire Inspector Kevin Britton.

Ocean County Prosecutor Bradley D. Billhimer announced that on March 20, 2022, at approximately 9:45 p.m., Officers from the Toms River Township Police Department and Toms River Township Fire Department were dispatched to a reported structure fire on Mount Everest Lane.  During the primary search of the residence, two occupants, one male and one female, were discovered.  Due to the extent of their injuries, both occupants were airlifted to the Burn Center at Cooper Barnabas Medical Center in Livingston, New Jersey, and are presently listed in critical condition. During the suppression of the fire, three firefighters received minor injuries and were treated at the scene.

Additional information will be released to the public as it becomes available.