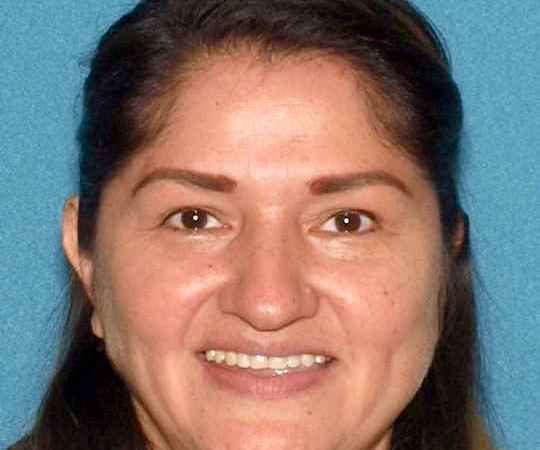 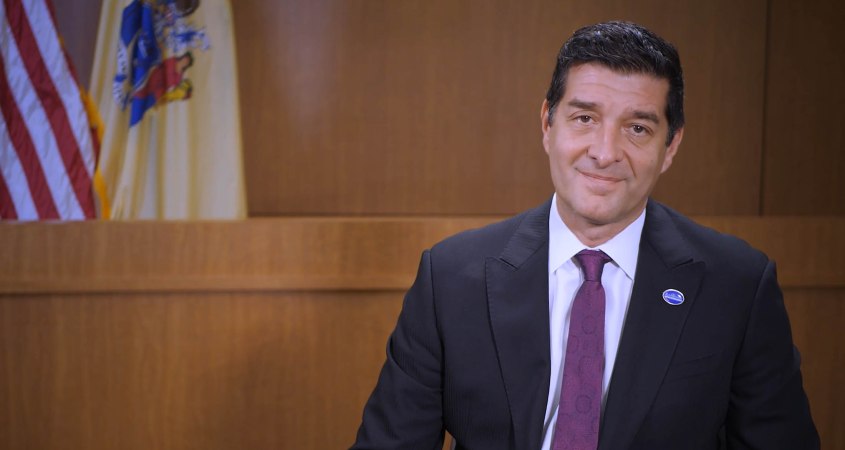 Originally designed to recognize Township residents for performing random acts of kindness, the “We Love R’Ville Neighbors” program has grown to support residents who suddenly find themselves struggling through an unexpected tragedy or loss, including those triggered by the pandemic.

“We’ve had several families in town who have faced, or will face, catastrophic losses and are in need of financial assistance,” Mayor Fried said. “Whether they lost their home in a fire, or may have suffered the loss a loved one, or lost their job due to COVID-19. We want to be able to help those who need us most.”

Since 2015, Robbinsville “Pay it Forward” events have raised close to $350,000 for local individuals, families and organizations.
The Berkshire Bank Foundation was this year’s title sponsor with a $10,000 grant.

Not surprisingly, COVID-19 and the response to the ongoing pandemic was a recurring theme. Mayor Fried also congratulates the memorable Class of 2020 and announced an eighth straight year of either flat, or reduced municipal taxes. 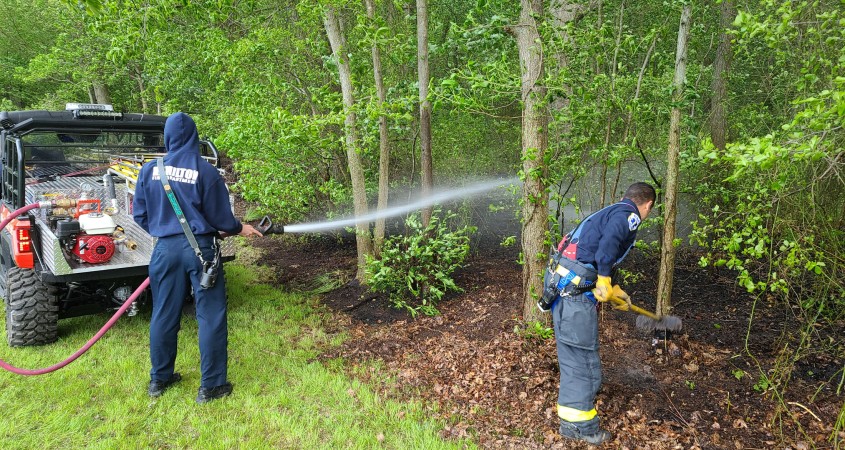 HAMILTON TOWNSHIP, NJ (MERCER)–The Hamilton Township and Robbinsville Fire Departments responded to an area behind the German-American Society on Uncle Pete’s Road for a woods fire around 5:15 pm.

Firefighters arrived and found an area of approximately 125 x 50 feet on fire in the woods and spreading quickly. Firefighters with hand tools, hose lines and portable “Indian” tanks contained the fire.

After the fire was contained, firefighters remained on the scene for at least 45 minutes to mop up and overhaul the fire to prevent re ignition.

HAMILTON TOWNSHIP, NJ (MERCER)–Around 4:45 pm The Hamilton Township Fire Department and EMS was detailed to Veterans Park Kuser Road entrance for a person who fell off trail and needed assistance.

Responders were directed to the trail head entrance behind the skate park-street hockey rink and the person was located near the trail in the wooded area. Hamilton Township Firefighters deployed their ATV type vehicle to help the person out of the spot. No further information was available about the incident.

At the same time of this incident Hamilton firefighters were also dispatched to Ryerson Drive near Imperial Drive for a tree that fell on a home. 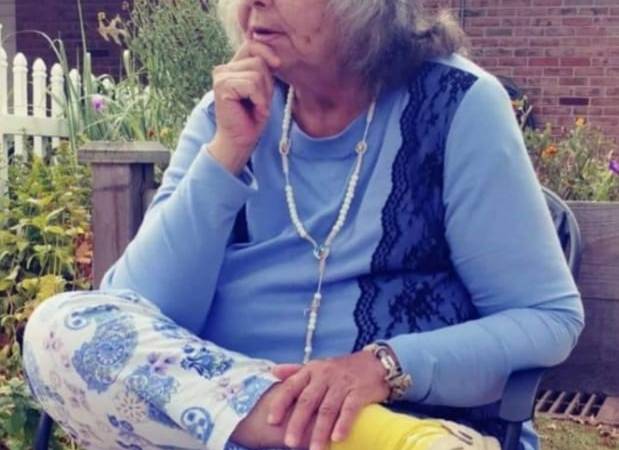 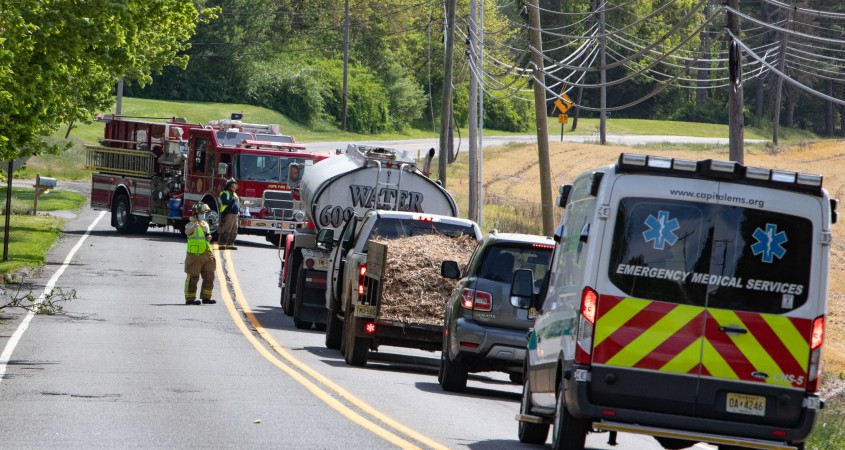 UPPER FREEHOLD TOWNSHIP, NJ (MONMOUTH)–County Road Route 524 is closed between East Branch Road and Imlaystown Hightstown Road for wires down. Hope Fire Company of Allentown and NJ State Police are on scene. JCP&L has been dispatched for repairs.

These are all due to wires or trees down in the area.

Please use alternate routes if possible. 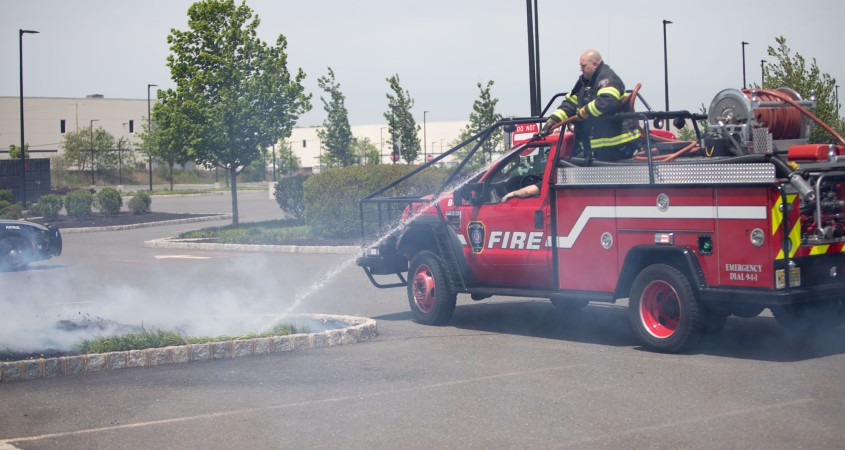 ROBBINSVILLE, NJ (MERCER)–Wind gusts to 40 MPH this afternoon helped spread a parking lot mulch fire to over 10 parking lot islands. The Robbinsville fire department arrived and started extinguishing the fire. Additional help from Hope Fire Company of Allentown was called to help do to the number of parking lot islands that were on fire. Firefighters were able to knock down the fire before it spread into a nearby field and woods.

The National Weather Service is reporting wind gusts to over 40 MPH in the area at the time of the fire.

Fire Safety Message: Please do not dispose of cigarettes or smoking materials into mulch, it can cause a fire.

The fire on Ridge Road has been extinguished and the roadway has been reopened. The 2 alarm fire consumed the two-story wooden barn within minutes of the call. Firefighters from Monmouth Junction, Kendall Park, Kingston, Plainsboro, North Brunswick, Jamesburg, and the NJ State Forestry Service battled the blaze. High winds caused embers from the fire to go into the nearby neighborhoods causing small grass and tree fires. Several homes on Hillside Avenue and Mary Street were briefly evacuated at the onset of the fire. Firefighters from Brookview, Franklin Park, Griggstown & Montgomery covered South Brunswick fire stations during the incident.

The fire which was reported at 12:33 pm resulted in the destruction of one of the oldest structures in the Township. The two-story barn at 600 Ridge Road was part of the historical Long Bridge Farm that once housed George Washington’s troops. South Brunswick Fire Marshal determined the fire was caused by an electrical wire that fell on the barn after a tree branch struck it.

Monmouth Junction Fire Chief Scott Smith said, “The high winds were rapidly pushing the fire and firefighters did an amazing job containing the fire to the barn. The wooden structure of the barn caused the fire to gain intensity quickly. The fire caused siding on a nearby building at the Oilco property next door to melt, as well as start grass and tree fires all the way to New Road. We had to do all we could to prevent it from spreading to other homes.”

In addition to the firefighting units, South Brunswick EMS, Monmouth Junction, and Plainsboro First Aid Squads responded. There were no injuries in the fire.

The fire resulted in the closure of Ridge Road from New Road to Route 522 until 4 pm.

SOUTH BRUNSWICK, NJ (MIDDLESEX)–A wind whipped 2nd Alarm fire is consuming a structure in the 600 Block of Ridge Road. All South Brunswick Fire Departments as well as Plainsboro Fire Department are operating at the scene.

Further information will be provided once available.

Three dozen firefighters are battling a blaze on Ridge Road. The fire in a two story barn was reported at 12:33pm. Several surrounding homes on Hillside Avenue and Mary Street have been evacuated. Ridge Road is closed from Route 522 to New Road.

TRENTON, NJ (MERCER)–Mercer County Prosecutor Angelo J. Onofri reported today that the suspect taken into custody by police a short time after the homicide of Tayvion Jones has been charged with murder.

Read about the shooting here:

All subjects are presumed innocent until proven guilty in a court of law.